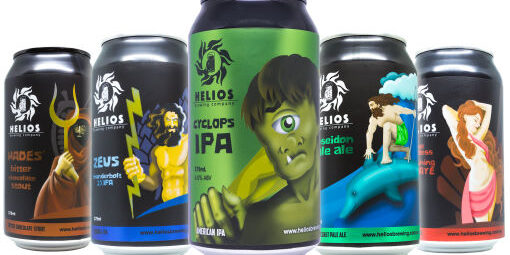 Brisbane’s Helios Brewing has become the latest independent Australian brewery to join the Lotus Beer portfolio as they seek to gain a foothold in the Melbourne and Adelaide craft beer scenes.

Helios is based in the Brisbane suburb of Yeerongpilly and, being located in sunny QLD, Helios are focussed on harnessing as many natural resources such as solar and thermal, while also being as environmentally friendly as possible. Helios founder Scott Shomer is a former solar engineer with a committed passion to environmentally friendly, sustainable brewing practices.

“Lotus are all about supporting and promoting small, family owned, independent Australian breweries and Helios fit the bill perfectly,” he said.

“During a visit to the brewery in 2019, I was taken by Scott (Shomer)’s passion for harnessing solar energy to make great beer and the tie in with Greek mythology around that central philosophy. I am rapt to have them on board 2 years later!”