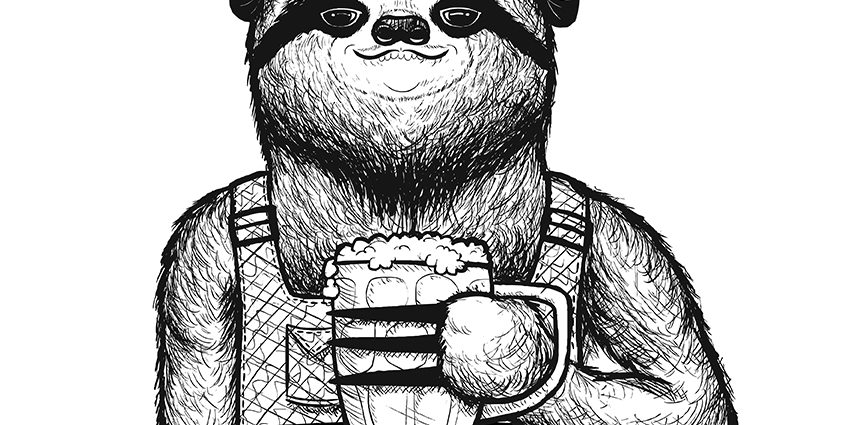 Sydney’s inner Western suburb of Marrickville is reknowned for having more breweries per square metre than just about anywhere else in the universe! One of those brewing companies is Merchant Brewing Co who are now available in Victoria exclusively through Lotus Beer Collective.

Merchant’s motto is “Live slow, drink well”. It’s a theme that is well practiced by the 3 Marrickville gypsy brewers. Their mascot is a sloth and their beer are of the highest quality, hence living slow and drinking well!

Merchant have 2 core beers: An American style ale called “Live Slow” with a light malt profile and a delicate and layered hop profile giving the beer a fruity and refreshing flavour which is perfect for long sessions on jot afternoons. Their other core beers is perhaps one of the most unique core beers of any Australian breweries – Earl Pear Blonde Ale, which is a strong blonde (6.4% ABV) with added French Earl Grey Tea and pear puree. This is a beautifully complex beer with the orange and bergamot flavours from the Earl Grey tea and an underlying sweetness from the pear.