You are here:
Spotlight on... 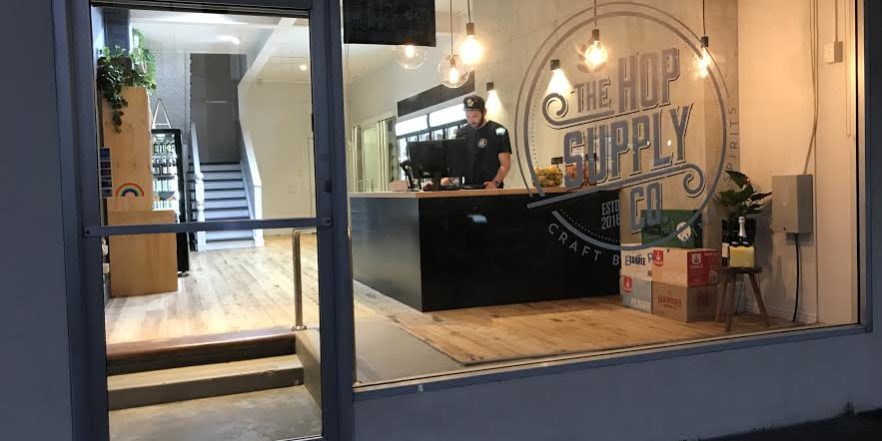 When I grew up in Bendigo, you drank Carlton Draught from the tap and VB from the stubby or you were considered a weirdo or worse. Arty farty types might drink Coopers (if you could find it) and occasionally someone would try and show how fancy they were by drinking a Redback with a slice of lemon in the neck. I still remember the opposition in the late 90’s among Bendigo drinkers to Lion Nathan trying to grab a slice of the local drinking action by buying out local taps and replacing Carlton Draught with “that bloody north-of-the-border Tooheys crap.”

So no-one has been more surprised by the rise of craft beer in Bendigo than I have. The town now boasts at least 6 dedicated on-premise craft beer venues with many more providing a healthy share of their beverage list over to independent craft beer. It is way ahead of Geelong; a city twice its size. Even the most die hard inner-north-hipster would happily spend a weekend away in Bendigo and not feel like their craft beer thirsty throat has been cut.

Despite this, the craft beer scene in Bendigo was dominated by on-premise action until recently when the town’s first and only 100% dedicated craft beer bottleshop opened its doors 9 months ago.

Hop Supply Co is the result of the passion for independent craft beer of Scott and Kylee Toll.  As regular craft beer festival goers, they found it frustrating when they returned to Bendigo from a festival to discover no-one stocked the beers they had fallen in love with. Regular trips to Melbourne to frequent the many great bottleshops there proved expensive but inspirational. From this Hop Supply Co was born.

Tucked away at the northern end of Bendigo’s main drag in a former auto electrical workshop, Hop Supply Co is immediately welcoming. Scott and Kylee are among the friendliest hosts you will meet, and their passion for Australian independent craft beer is obvious. Every beer in the place is Australian and independent and Scott reckons this is one of the things that makes Hop Supply Co unique.

Another unique feature of Hop Supply Co is the regular Friday night tastings which, according to Scott, “wasn’t really done before we opened in Bendigo.” These tastings draw a dedicated crowd of regulars who love to try the new beers on offer as well as passers by who are pleasantly surprised by the bonus of free Friday night beers.

Scott also points to the dedicated dark beer fridge that is set to 10-11 degrees as a unique feature of the shop.

While Hop Supply Co stocks a wide range of beers, it is the trusty staples that seem to sell the best.

“Balter XPA & Colonial Pale are our biggest sellers. Hop Nation’s Jedi Juice lasts about 5 minutes in the fridge every time we get a new batch in,” says Scott.

Scott and Kylee are excited to be a part of what they see as a positive and long term trend in the local beer scene:

“People are starting to get sick of drinking the same old macro lagers and are willing to try something new,” says Scott.

“People are getting behind the independent factor also which is fantastic. It’s great to see small family owned breweries doing well. We’re in for the long haul and we think craft beer is here to stay.”