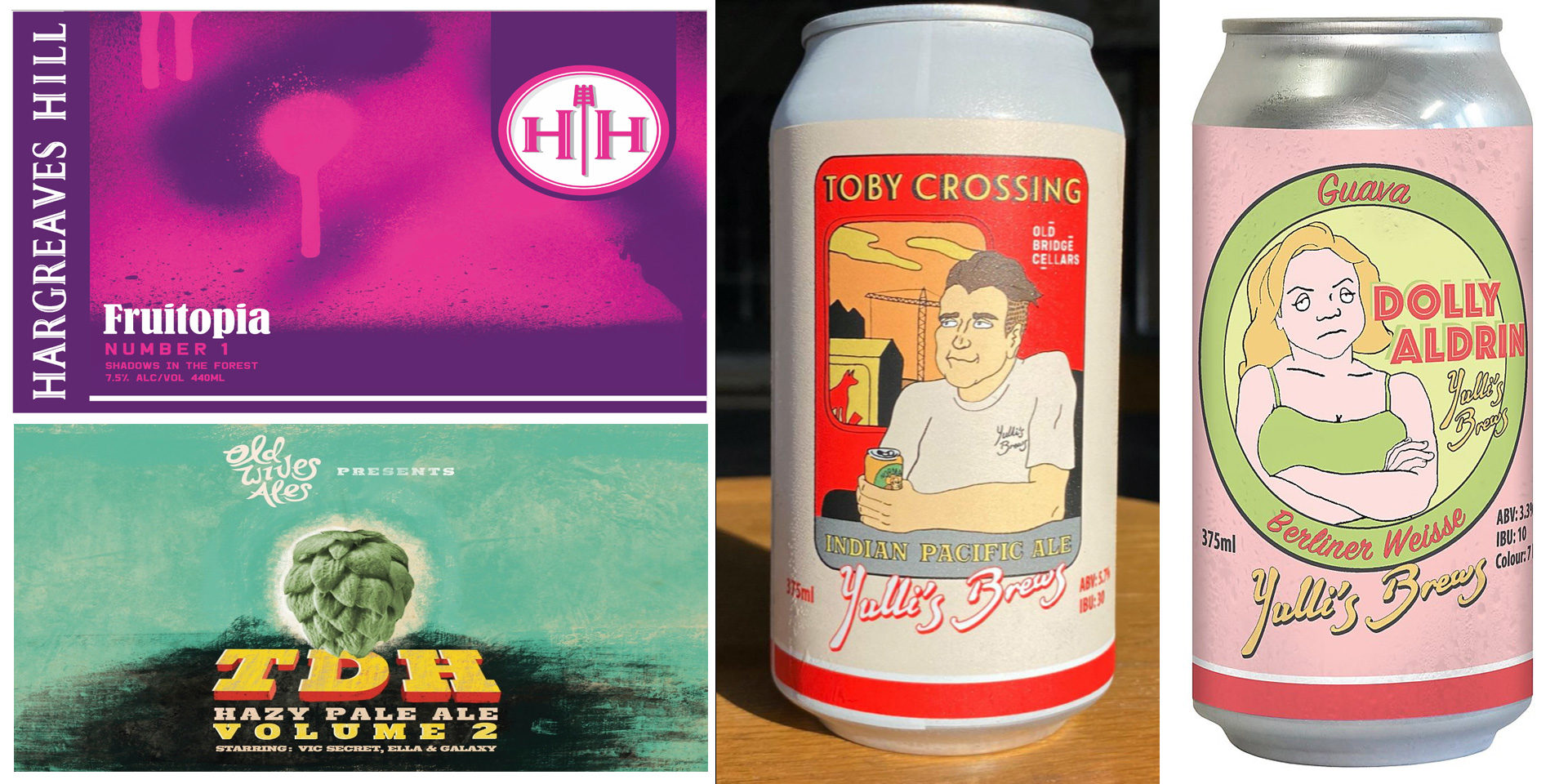 This week we have some cracking new beers to share with you.  Old Wives Ales have upped the haze and upped the yum on the 2nd release of their Triple Dry Hopped series.  Hargreaves Hill have an exciting new fruity brew series called Fruitopia.  Also from Yulli’s Brews soon we’ll have their new Indian Pacific Ale and the latest in the Dolly Aldrin series.

Fruitopia is an ongoing speciality series in which we explore the how far we can take the addition of fruit to beer. Drinkers are given an exclusive look into the brewing process, with varieties, additions and time frame listed on the can label. Number one is a 7.5% Fruited Sour. A smoothie style sour ale, with the additional of Blackberry, Raspberry, and milk sugar.

Toby Crossing Indian Pacific Ale is a hop driven pale beer making use of Australia’s quintessential hop – Galaxy, and two new varieties out of the US in Samba and Strata. Expect tropical fruit, stone fruit, tangerine and a dank hop presence balanced by a full bodied biscuity malt character and clean finish. Pairs fantastically with your favourite Pad See Ew.

The beer undergoes a 48 hour period of lacto-fermentation where all the souring takes place. The wort is then fermented as normal and finally blended with freshly cold pressed Guava. The result is a deliciously fresh, light and dry ale, with some upfront tartness which is rounded out by the soft fruit flavours. Pairs well with a cheeky bowl of salted potato gems.

Old Man Yells at Cloud sold out prior to release
September 16, 2018
Latest From Our Blog